KIM Kardashian lashed out at her sisters after they pulled a prank on her amid their ongoing feud.

And fans were shocked by Kim’s reaction – and her choice of words.

On Tuesday, Kylie Jenner shared a video of her and Khloe Kardashian in their matching gray sweatpants, as they walked around the house after the family’s Halloween party.

“We changed to moms,” one of the ladies can be heard saying about their appearance, followed by, “We’re matching sisters.”

After taking a few more steps, the reality stars approached an unsuspecting Kim, who was sitting on the couch with her back to the girls.

The SKIMS founder jumped in fright as the two asked her “Are you our sister?” 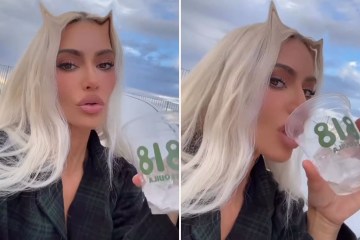 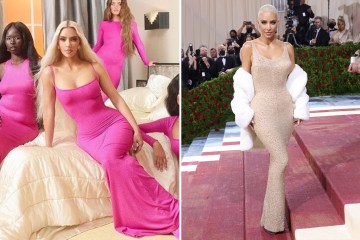 But Kim’s only response was a high-pitched scream.

After taking a quick moment to compose herself, Kim did have one thing to say to her tormentors: “F**king a**holes!”

Online, fans were stunned by the prank, and the reaction.

“I feel like i’ve never heard Kim swear before,” one person commented.

Another added: “Hearing her swear with no bleep feels illegal.”

Others found the whole thing humerous.

“I can’t stop laughing at this rn,” one fan exclaimed. “The way she got scared!”

Another noted: “Kim is so unintentionally funny.”

It’s been a weekend of tricks played on and by the sisters.

On Sunday, Kylie posted a TikTok video lip-syncing in her epic Elvira Halloween costume, and fans noticed a familiar figure in the background.

Cloaked in a gray sweatshirt and jeans, the person in the background of the video looked a lot like her older sibling’s ex Kanye West.

Naturally, after Kanye’s recent Kardashian fallout, fans were confused, and they created an online thread.

A user said: “Who dressed like Kanye in the back?”

Someone replied: “… I didn’t see that the first time. That is too funny.”

Another replied: “Haha, I noticed that, too!”

On TikTok, not many people saw the Kanye lookalike, but commenters also didn’t know who Kylie was dressed up as.

Another commented: “This is giving Amy Winehouse vibes. Amazing tribute.” 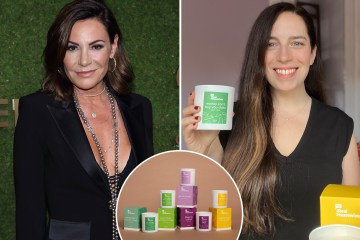 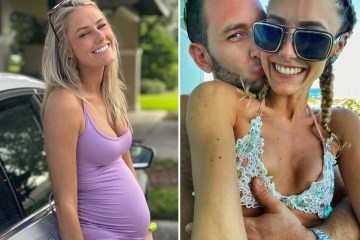 Someone else said: “Not me thinking she’s Amy Winehouse.”

“That hairstyle reminds me of Transylvania hotel,” one added.

Dropbox says hackers stole code and some API keys from 130 GitHub repositories via a phishing campaign, but its core apps and infrastructure were unaffected (Sergiu Gatlan/BleepingComputer)

Your boss is probably watching you while you work from home