In the Instagram photo, The Kardashians star appeared to be jumping in the air with her arm raised and her legs spread out.

The Hulu star seemed like she was hovering over the floor covered in Matcha powder.

In the caption, Kourtney claimed she was making a gummy vitamin that was “just as divine as my Matcha latte recipe.” 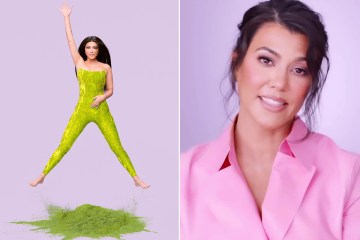 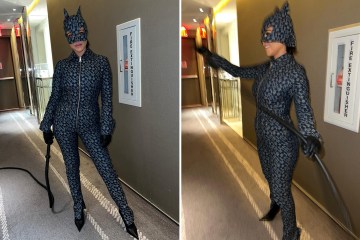 Unfortunately, critics jumped to the comments section and mocked the “very strange” advertisement.

Another baffled critic wrote: “Did she poop Matcha? Lots of laughs! What is she doing? Too much now!”

A third critic added: “I think she ate too much matcha.”

A commentator chimed in: “Why is that green stuff coming out of her?”

Fans already had issues with the heavily edited image as they claimed the reality star seemed to have no neck, and her face appeared too round.

One fan pointed out how “her arms aren’t even remotely the same size” as another fan mentioned that “they photoshopped her face onto a doll’s body.”

The Keeping Up With The Kardashians alum recently stripped out of her clothes to promote her Lemme brand.

The KUWTK star dipped into a sea of pastel-colored pink, green and blue vitamins.

The former E! star had her private parts covered by strategically placed vitamins.

In the caption, Kourtney introduced her vitamin and supplement brand, which she had built over the past five years, to her followers.

She wrote: “Lemme finally share what I’ve been up to!

“I’ve been dreaming of this idea, having lots and lots and lots of meetings and conversations with different people trying to figure out the best way to build this, the right partners and building the team that felt really good.”

The reality star continued: “When it was finally all right, it was all happening with ease.

“Lots of hours, zooms, dreaming, but all with swift decisiveness and actual fun!

“At last, five years later my passion/work baby is finally launching into the world.” 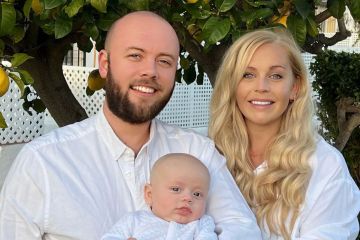 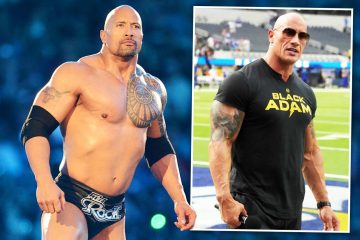 Kourtney concluded: “Meet Lemme – my new line of vitamins & supplements that I created to become a divine, feel-good part of your everyday life.”

The TV personality also planned to launch a new skincare line – which would put her in competition with her siblings, including Kim Kardashian‘s SKKN and Kylie Jenner‘s Kylie Cosmetics.

How neural engines redefined creativity in chess, leading to some top players engaging in deception, misdirection, and other psychological techniques (Matteo Wong/The Atlantic)

How neural engines redefined creativity in chess, leading to some top players engaging in deception, misdirection, and other psychological techniques (Matteo Wong/The Atlantic)

Ashton Kutcher’s Nipples Were ‘Falling Off’ in Marathon Training